National Action for Awakening Uganda (NAAU) activist Frank Gashumba has vowed to sue Uganda People’s Defence Forces (UPDF) Deputy spokesman Lt. Col. Deo Akiiki and Brig. CK Asiimwe, Deputy Director of the Chieftaincy of Military Intelligence (CMI).
In a press statement released by the activist, he said the two officers violated his fundamental rights and liberties.
In a statement, Frank said on Monday, October 30, 2017, learnt that his brother, Innocent Kasumba, had been abducted from his residence in Buziga and was in detention at the CMI Headquarters.
He made his way there to establish the reasons for his brother’s predicament, only to be arrested and detained on the apparent orders of the aforesaid Brig. Asiimwe.
In the process, the security personnels also searched both his home and office and turned everything upside down.
He has now dragged the two senior officers to court and wants justice to prevail in court. Below is his full statement concerning the matter;
INTENTION TO SUE FOR VIOLATION OF MY FUNDAMENTAL RIGHTS AND LIBERTIES
I have drawn the attention of the above mentioned matter to the Attorney General of Uganda, Lt. Col. Deo Akiiki and Brigadier C.K. Asiimwe who hold the positions of Deputy Spokesperson of the Uganda People’s Defence Forces (UPDF) Deputy Director of the Chieftaincy of Military Intelligence (CMI), respectively.
The gist of my grievance is captured in the facts as narrated below:
On Monday, October 30, 2017, I learnt that my brother, Innocent Kasumba, had been abducted from his residence in Buziga and was in detention at the CMI Headquarters. I made my way there to establish the reasons for my brother’s predicament, only to be arrested and detained on the apparent orders of the aforesaid Brig. Asiimwe.
The following morning, I was transported to my home in Ggaba by over ten heavily armed and menacing operatives in a manner that is reserved for hardened criminals and terrorists of international infamy.
In combat style, the operatives took positions around my home. Without warrants, they entered and ransacked every room as they searched high and low for undisclosed items. Several photographs, including those of some members of my household were taken, ostensibly for “evidence gathering.”
The same horror was visited on my office in Industrial Area that same morning where upon arrival, the entire floor that houses my working space was cordoned off, preventing others from accessing or leaving their suites on the floors above and below. Box files, computer drives and documents were rummaged and sequestered, upon departure. Curiously, a photojournalist from Vision Group appeared and enthusiastically took pictures of the surreal scene.
Throughout this ordeal, I was bound by handcuffs which were not removed even when I sought to ease myself.
I spent the night in detention at the CMI cells in Kireka. No access had been granted thus far to my lawyer or any of my family members.
The following day, at 1.00PM or thereabouts, my brother and I were handcuffed and spirited by a double cabin truck to the UPDF General Headquarters in Mbuya. Shortly before arrival, the accompanying operatives ordered us to take off the bathroom sandals we were wearing and disembark the vehicle, barefooted.
We were led to a room where a forest of microphones and an array of flashing cameras were waiting, as journalists and reporters accosted us with questions and all manner of commentary.
The aforesaid Lt. Col. Akiiki addressed the live press conference and showcased an assortment of items purportedly recovered during the warrantless searches of my house and office the day before—among them passports, stamps and marijuana—none of which I had ever seen. We were under unequivocal instruction not to utter a single word to the press corps or anyone else for that matter.
Having been charged, tried, convicted and sentenced in the media without so much as a hearing, we were whisked back to the detention facility in Kireka.
Five days later, on Friday morning, in a spectacular reversal of the rules of criminal procedure, due process and natural justice, my brother and I were taken to the Central Police Station (CPS), and after two or so hours, arraigned at Buganda Road Chief Magistrate Court.
An astonishing twenty-eight (28) counts were proffered against me and bail was thereafter granted. To say that I was dumbstruck by these prejudicial actions is an understatement. Amongst the bail terms was a fortnightly appearance which I have honoured no less than twenty-two (22) times.
For all the theatrics that the authorities engaged in during my arrest and detention, including the alleged recoveries of items at my residence and office, no single witness or material evidence has ever been presented or adduced by the prosecution.
Inevitably, the case was dismissed on November 7, 2019.
With the benefit of hindsight, it is more than apparent to me and any observer that the events narrated above were orchestrated to embarrass, demean, and demonise me in the court of public opinion. Consequently, not only have I suffered mental anguish and derision but have also lost out on numerous commercial undertakings and incurred financial loss.
Lt. Col. Deo Akiiki and Brig. C.K. Asiimwe assumed the roles of judge, jury and executioner and visited these terrible injuries to my livelihood and societal standing. The duo conspired and abused their esteemed positions in our country’s military institutions to torment me without any basis in law or fact, contrary to the constitutional and statutory mandate of these public bodies.
For these reasons, and as further elucidated in the court documents accompanying this statement, I will be seeking a range of legal remedies to address this self-evident case of malicious prosecution and abuse of power.
Frank M. Gashumba 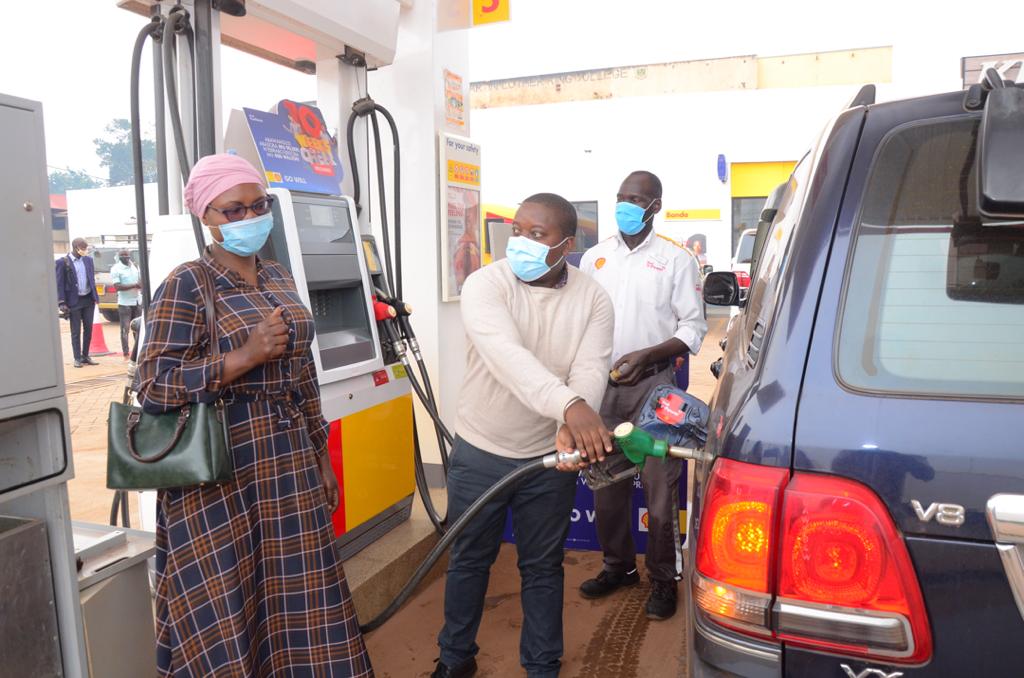 ‘Helping the needy is my priority’ – Bryan White

UBTEB chairman roots for collaboration between Employers and technical institutions