Socialite and entrepreneur Boss Mutoto seems to have started 2021 on a great note. Yesterday, he received what was dubbed as a ‘Prestigious Award Of Honor’ from the Uganda Youth Parliament Best Performing Awards. According to the speaker of the Uganda Youth Parliament, Britton Kiwanuka, Williams Bugeme, famously revered as Boss Mutoto, is a true beacon of inspiration for many youths.

“While selecting him, we didn’t just consider entrepreneurs withmoney. Because many youths make money. We consider the package of inspiration that he is. He is hardworking and innovative. Through his bar business, Chez Boss Mutoto, he runs a business that pays taxes and employs fellow youths. He is a champion of positive economic change, having been at the forefront of fostering entrepreneurial skills in youths in Uganda and his home country, DRC. And yet amidst all of this, he remains a very humble and courteous individual,” explained Kiwanuka.

Speaking to the press, Williams Bugeme said that he is elated, that his hard work and zeal to change the narrative of the Africa Youths has been recognized.

“I’m happy to receive this award. I honestly didn’t expect that my sweat and toil would ever be a source of inspiration. This award is a true honor that has motivated me to work even harder,” explained an elated Boss Mutoto.

The year, like earlier stated, has indeed warmed up positively to the fashion-forward entrepreneur and socialite, Boss Mutoto, as the award comes shortly after Boss Mutoto was signed as the brand ambassador of Virginia Black, a premium American Bourbon Whiskey owned by American rapper Drake.

His first nudge with the 2021 good fortune was when he was flown on a private jet to Nairobi where it was alleged, that he had gone to sign a contract with Virginia Black East Africa representatives. Shortly after that, Williams Bugeme alias Boss Mutoto met International Super Star Akon’s wife, RozinzaNegusei, with whom they met the president of the country, Yoweri Kaguta Museveni. It was reported, the two were piloting for investment projects in Uganda and the rest of East Africa. Akon’s wife was also seen at Williams Bugeme’s bar, Chez Boss Mutoto a number of times.

Asked about what his plan with Akon’s wife, Bugeme said that he is an entrepreneur and when the time comes, he will communicate.

It should be noted that this is not the first award Bugeme has received. In the years of 2013 and 2015, he received the Abryanz Style and Fashion Award for Male Fashionista Of The Year. He also received the People’s Choice Award at the Third Annual Starqt Awards 2016 As an entrepreneur. 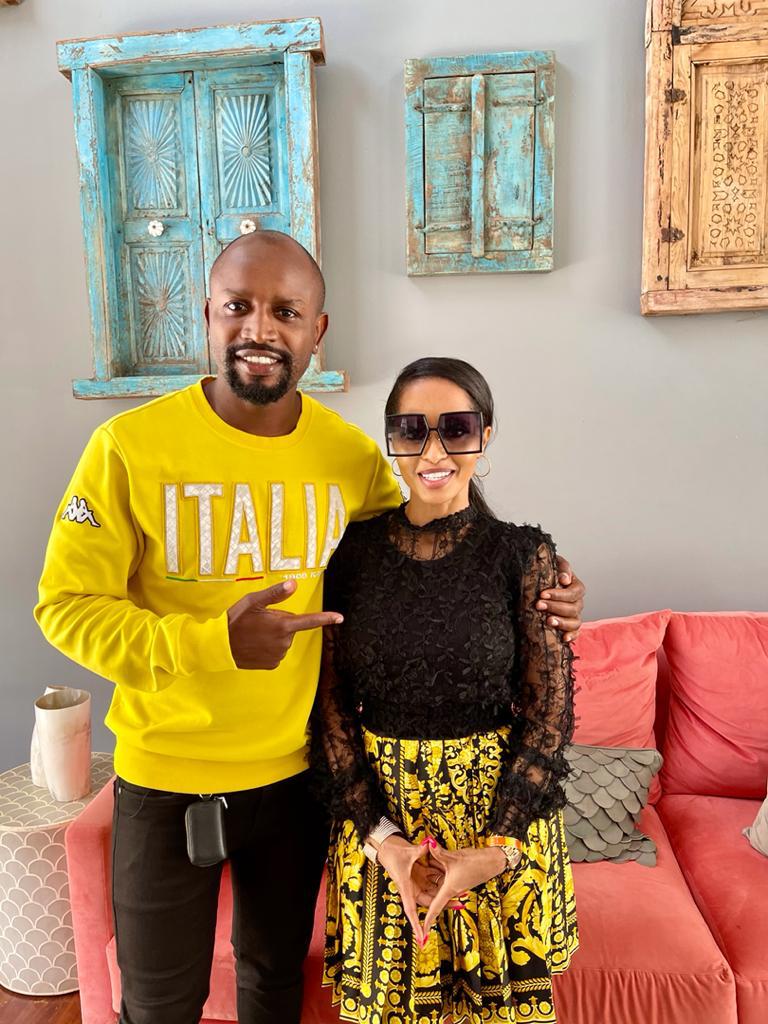 ‘Causing Trouble’, a Afrisounds track that celebrates the coming together of rising talents

Photos: NWSC in final showdown at the new Katosi Plant

Emirates reaffirms care for its customers with latest policy updates

‘Causing Trouble’, a Afrisounds track that celebrates the coming together of rising talents

Photos: NWSC in final showdown at the new Katosi Plant

Emirates reaffirms care for its customers with latest policy updates

‘How I have been beaten, abused, traumatized and denied access to my babies by Human Rights Activist’ – Prisca Baike