Beneath The Lies is a 12 part TV series set within the city of Kampala, Uganda. The audience is taken into the dark side of the City filled with extortion, drug trafficking, the exploitation of women and child prostitution.

Some of the actresses in the TV series

This is a drama revolving around the life of two females, sold as children into prostitution, and their plight to escape a life filled with blackmail, manipulation and murder.

The audiences are introduced to the characters they encounter, from the seedy bar rooms in the ghettos, to the clientele of the city’s rich and powerful. Slowly it becomes apparent that escaping isn’t as easy as they planned, and perhaps targeting a certain man will help them. Their target: a young powerful player in the judicial system, the wrong man; Stevan Amaru.

The character Helen plays
Helen plays the role of Helen Mutungi. She is the lead role Steven Amaru’s PA. She has been in love with him for years, and although she considers them an item, in reality they aren’t.

Helen is unable to separate her personal and professional life with Steven being the focal point of all she does. She desires perfection physically and yet emotionally, she is maelstrom of volatile emotions.

When the lies beneath each relationship are exposed and loyalties are tested, only death and chaos can ensue. The TV series starts showing next month on Urban TV. 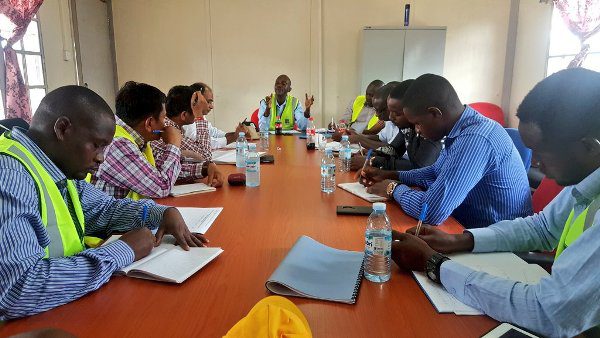 ‘Give us money and we deliver’ – Dott Services