Multi-talented Ugandan artist Ykee Benda hailed for hit songs such as “Malaika”, “Kyenkyebula”, “Munakampala” and “Farmer” will be making his debut on Coke Studio Africa this year in the Big Break Segment paired alongside Jah Prayzah (Zimbabwe) and Mr. Bow (Mozambique).

The trio will be produced by top Tanzanian music producer Nahreel. The new season is set to premiere this September and will broadcast in more than 30 countries across Africa.

Speaking on his debut on the show, Ykee said, “Being on Coke Studio this year will be a career changer for me as my music has also been hitting the airwaves strong this year. I know that the opportunity will also expose more quality Ugandan music to the world,” adding, “It’s also dream come true for me to work with artists I have been watching for years. I’ve got mad respect for Jah Prayzah and Mr. Bow. Now am here collaborating with them and working with the best producer in the industry. It’s just unbelievable!”

On working his anticipated collaboration, Ykee said, “Working with Jah Prayzah and Mr. Bow was so much fun. It was also a good learning experience as I have learnt so much about music from the other side of Africa. Both of them are professionals and I hope I will be able to incorporate the diverse genres into my music moving forward. For that I thank Coke Studio.” Eddy Kenzo, Sheebah, Bebe Cool and Lydia Jazmine are Ugandan stars that will also feature on Coke Studio Africa – 2017. This year the show includes artists from South Africa, Kenya, Uganda, Tanzania, Rwanda, Ethiopia, Nigeria, Ghana, Angola, Zimbabwe, Togo, Cote d’Ivoire, Madagascar, Mauritius, Mozambique, DRC and Cameroon.

Ykee Benda is a Ugandan musician and producer signed to Badi Music Label. His professional career started in November 2015. Having had a great introduction to the music scene, Ykee Benda has since taken over and started getting massive airplay. This year (2017) he won breakthrough artist and Best collaboration of the year in the recently concluded Zzina awards (Uganda). 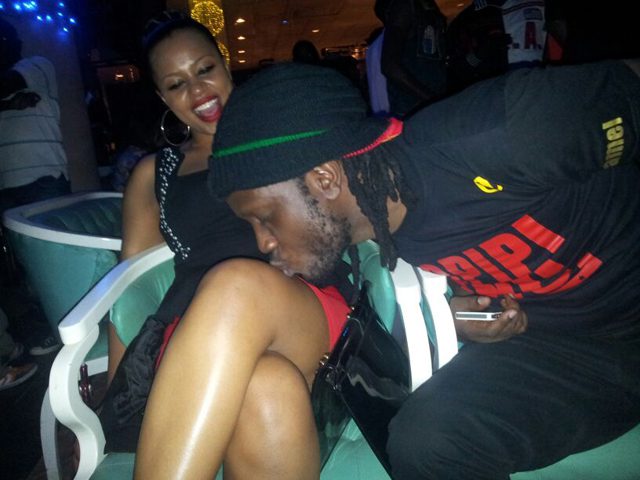