Singer Hajarah Namukwaya aka Spice Diana has not forgotten her Muslim values. The 32 hit-maker yesterday extended her big heart and broke the fast with Muslims at Nyanama Mosque. 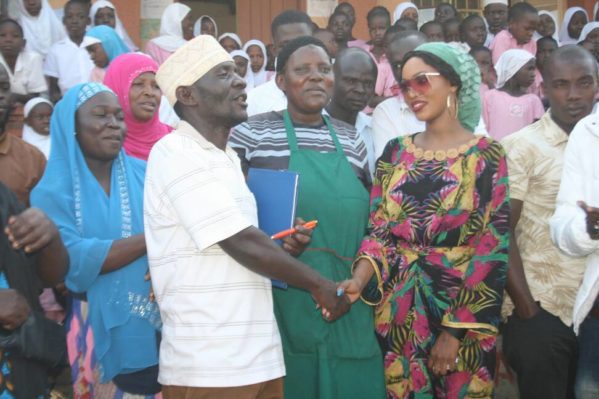 The singer in the company in the company of her Manager Rogers Lubega and capital music duo at around 4:00pm drove to Nyanama and surprised the Muslims in Nyanama with food items to help them breakfast for the remaining days of Ramadan.

Spice Diana among other items donated Matooke, Jerry Cans, Maize Floor, Sugar and money.  The female singer has this year alone has received massive airplay for her already released songs, the singer still maintains a consistent release pace. Here are some moments from the mosque:

Singer Jose Chameleone To Welcome His Helicopter From Kenya