Daisy Masembe, a MultiChoice Talent Factory Alumni who won a chance to further study filmmaking in New York shared her story and experience thus far. Read on…
Right from childhood, I always loved to tell, listen to and watch to good stories. We had a kid at my primary school, who during the lunch break, would gather us and retell to us a movie he had watched that we probably had not.

I always liked how he would take the story he watched and add extra effects or over emphasize certain bits just for the sake of relaying the story in the way that he had experienced it. It often felt like we too were watching the film as he told it. Like he was acting it in our imaginations. It is experiences like those that nudged me to get curious about film making. The realization that I get to paint pictures in the minds of people that would hopefully last and impact their lives.

And that’s when I stumbled upon the MultiChoice Talent factory.I signed up and attended this one-year film making boot camp with MultiChoice Trust Foundation (MTF) in 2019 that has helped me to harness the skill I had of telling good stories, and sharpen it into a craft called filmmaking.
I refer to MTF as “the gift the keeps giving” because not only did they train me into the film maker I am becoming, but when I graduated from the boot camp, I was offered the opportunity of a life time. To go on and study some more at the New York Film Academy!

Fully Funded!
Words fail me (and this seldom happens) every time I try to describe what this opportunity has meant to me and to my career. My experience at the New York film academy has been so eye opening! So much about the “how” and the “why” in the process of making films has been opened up to me and I can only hope to pass this same knowledge forward when I return home. I just want to truly say thank you to MultiChoice for this opportunity. Onwards and upwards from here!
Daisy Masembe
Tags
Daisy Mirembe DStv Uganda MultiChoice
March 25, 2022
0 586 1 minute read

What you need to know about Sheilah Carol Gashumba

What you need to know about Sheilah Carol Gashumba 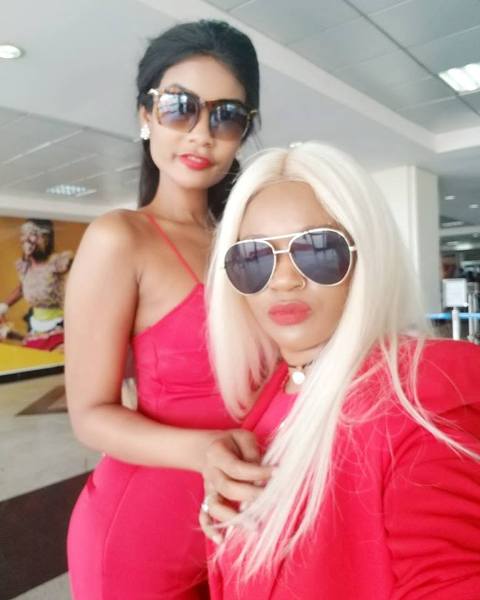 If Given Chance, I would ‘Eat’ Charlize Theron Live – Shantal Ruby