Uganda Insurers Association (UIA), the umbrella organization for all the insurance companies in Uganda, has unveiled a yearlong campaign aimed at teaching Ugandans about insurance and compensation.

The campaign, which will mainly focus on the basic principles of insurance, the available products, claims and compensation as well as reporting channels, was announced at a press conference held at the UIA offices in Kololo and attended by the Association’s Chief Executive Officer Ms. Miriam Magala, the Chairman – UIA Publicity Committee Mr. Newton Jazire and presided over by Dr. Maggie Kigozi, the former Executive Director of Uganda Investment Authority.

Speaking at the press conference, Ms. Miriam Magala, the UIA Chief Executive Officer, noted that the campaign will focus on four main product areas – Motor, Agriculture, Life and Workers Compensation Insurance as these are the most relatable products on the market.

“The information that we are going to be provide throughout this campaign will be simplified, highly visible, and in different languages across various platforms so that we can cater to Ugandans with different social, economic and education backgrounds,” she said adding that “the goal is to ensure that everyone understands the products and their benefits.”

While speaking at the unveiling, Mr. Newton Jazire, Chairman – UIA Publicity Committee, noted that, “We have realized that there is still a lot of public skepticism when it comes to insurance in general and particularly the claiming and compensation process. Many people still associate the word “insurance” with an accident, disaster or catastrophe. By unveiling this campaign, we intend to engage the public and start the conversation on how insurance can offer protection to an individual, his or her family or to a business and how the claims process works. “

In her remarks, Dr. Maggie Kigozi lauded UIA for their efforts in ensuring that Ugandans learn about insurance and utilize the available avenues to get compensated.

“Over the years, insurance has evolved from being seen as protection for those in a higher income bracket to a necessity for everyone. A campaign of this nature will establish public trust in the insurance companies of Uganda as well as their regulators,” she remarked. 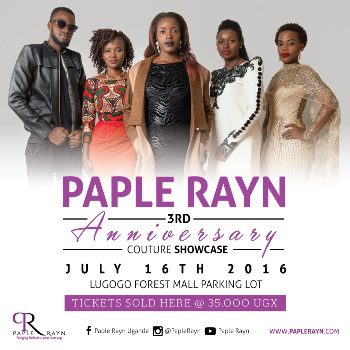