Kampala: It was a night embossed with bold fashion statements as East Africa’s most celebrated fashion awards, Abryanz Style and Fashion Awards (“The ASFAs”) marked their seventh edition.

The country’s icons of style flocked the Kampala Serena Hotel to celebrate the latest episode in a journey defined by class and glamour, and boy did they, as expected, outdo themselves!

Clad in dazzling designs to match the theme night, aptly named The Stars, there was no shortage ofstardust on a red carpet brought to life by some of the city’s most fashion forward folk.

From Martha Kay to Pia Pounds it appeared the celebrities had chosen to celebrate the end of the year in signature style, a fitting tribute to the ethos of Ciroc, who for the third year running partnered with the ASFAs.

From the elegant to the striking, every look was on offer, fashionistas spared no effort to look their best for one of the African continent’s most iconic fashion event. Yet on the conference hall staircase it was arguably Malaika’soutfit that stood out in redefining the theme while also making a glamorous fashion statement.

Among the biggest winners on the night was Spice Diana who scooped ‘Stylish female celebrity of the year’ wearing a dazzling creation .

Jidenna received the icon Award from Uganda Breweries MD Alvin Mbugua and Asfas founder Brian Ahumuza. He was all praises for the world class show.

“I’m from Brooklyn New York and I attended the New York Fashion Week, but this is better produced that many of the shows there,” he said.

Oswald Boateng, a world renowned designer of Ghanaian descent was honoured with the Lifetime Achievement Award.

The highlight of the night was an electrifying performance by American rapper Jidenna who got the house on its feet with his hit tracks Bambi and Classic Man. And reminded all why the Ciroc–sponsored event is one of the most alluring andmost sought–after events of the year.

“It’s been three years since we embarked on thisjourney with Abryanz Styles and Fashion Awards and we are delighted that with every edition the bar is raised higher on the aspiration for sophisticated elegance, which is what Ciroc is about,” said Annette Nakiyaga the Head of Luxury Portfolio at UBL.

The 7th edition of the ASFAs evening was crowned off with a Ciroc After Party held at the industrial area–based night spot; Guvnor.

Icon of the year- Jidenna 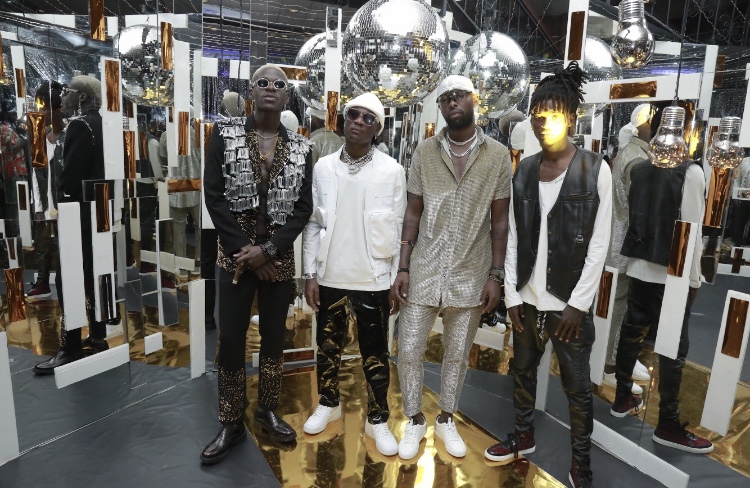