She did a Bachelors degree in International Development and Information technology from the University of East London where she was guild president.

Jacklet Atuhaire Rwabukurukuru is a holder of a Masters’ of Science in Oil and Gas management from the distinguished Centre for Energy, Petroleum, Mineral Law and Policy, University of Dundee, Scotland.

The MP to be is a distinguished member of the Association of International Petroleum Negotiators, Africa Chapter. She is also a member of the global Society of Petroleum Engineers, UK chapter. 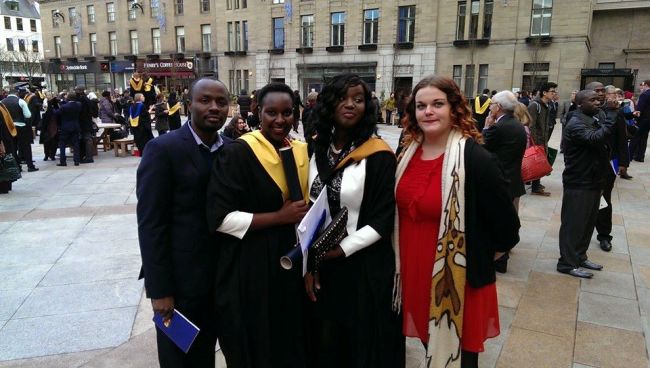 Atuhaire is a regular contributor of articles in the Abuja based Africa Petroleum Magazine. She sits on three different starter-ups oil and gas companies as a board member in Uganda and United Kingdom, where she has demonstrated robust management and technical skills.

On 12th of March, 2014, Jacklet made history when she invoked provisions of the Petroleum (refining, conversion, transmission and storage) Act, 13. She accordingly led a team of only Ugandan Oil and Gas trained experts to apply for the first ever midstream petroleum transmission license even when the refinery and pipeline investors have not yet submitted applications under the same law. She still remains the only person to enjoy that part of history in the development of the Uganda Oil and Gas sector.

Just about 45 Ugandans have a postgraduate degree in Oil and Gas production and management, and that Parliamentary Aspirant, Jacklet Atuhaire being one of them is an honor for Sheema and Uganda at large. The Uganda Public Finance Management Act, 2015 (Section 61, 62 and 63) and the Petroleum (refining, conversion, transmission and storage) Act, 2013 empower parliament to provide oversight of petroleum activities and revenues.

Former stars in ‘The Hostel’ narrowly escape an accident