Emirates SkyCargo, the freight division of Emirates, has been named Air Cargo Carrier of the Year at the 20th edition of the Global Freight Awards ceremony held in London. The award was accepted by David Taylor, Emirates Cargo Sales Manager – Key Accounts in front of an audience of more than 500 guests from the global transport and freight community at a gala dinner held in London at the Lancaster London Hotel on 3 November.

The Global Freight Awards, supported by the 164 year old freight publication Lloyd’s Loading list, is held annually to recognise and reward innovative ideas and achievements that have set a benchmark for excellence in the freight industry. Emirates SkyCargo was awarded the much coveted Air cargo Carrier of the Year title for 2016 at the end of a two stage voting process open to readers of Lloyd’s Loading List. Overseen by the editorial team of the publication to ensure transparency and independence, the award represents the voice of the industry and that of Emirates SkyCargo’s customers.

Emirates SkyCargo is the largest international airline cargo operator with a fleet of over 250 wide bodied aircraft, including 15 dedicated freighters- 13 Boeing 777-Fs and two B747-400ERFs. The carrier connects cargo customers in 154 destinations across 82 countries in six continents through its hub in Dubai. A global facilitator of trade and commerce, Emirates SkyCargo operates dedicated freighter services to over 50 global destinations in addition to offering cargo capacity on board its passenger flights. Most recently, the carrier launched a weekly freighter service from Oslo to Dubai to facilitate the increasing exports of fresh sea food from the Scandinavian country to the rest of the world.

The Air Cargo Carrier of the year accolade is an immense achievement for Emirates SkyCargo. The carrier has constantly strived to create new benchmarks in the air freight industry by offering customers excellence in service delivery through state of the art infrastructure and innovative products. Leading the industry, Emirates SkyCargo launched Emirates SkyPharma- a purpose built facility for handling temperature sensitive pharmaceutical shipments earlier this year. Emirates SkyCargo’s facilities for transporting pharmaceuticals through its hubs in Dubai are not only state of the art but also certified as complying to the highest industry standards (EU GDP Guidelines) by Bureau Veritas, Germany.

Emirates SkyCargo has been at the forefront of the air cargo industry receiving a number of industry recognitions this year including the award for Overall Carrier of the Year at the Payload Asia Awards held in Hong Kong, the ‘Best Air Cargo Carrier- Middle East’ at the 2016 Asian Freight, Logistics and Supply Chain (AFLAS) Awards held in Shanghai, the ‘Best Cargo Airline Middle East 2016’ at the World Air Cargo Awards in London and the ‘Diamond Award’ at the Air Cargo Excellence Awards 2016 in Berlin. 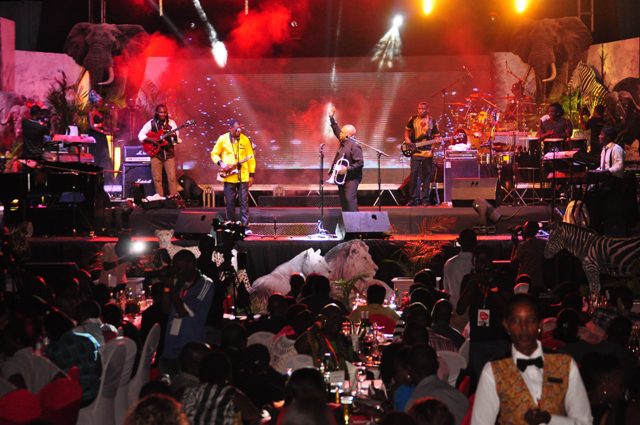 Uganda Zaabu; Rolex Festival season 1 starts off with a mark